Curious about how marketing to dads is different? Check out this free “25 Tips & Trends for Modern Dad Marketing” guide that I wrote with Next Impulse Media. 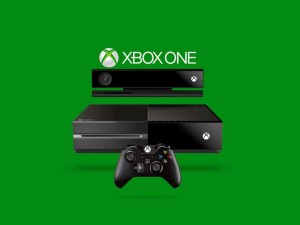 Microsoft’s Xbox One, the company’s next iteration in its gaming console series, did two things today. First, it got hardcore gamers angry about not showing 20 games that will take Sony, its competitor, to the races. Second, it got dads 20-40 excited.

It all began with the first video, Microsoft’s Ed Fries and Bill Gates, along with former Epic founder Cliff Bleszinski, Metal Gear creator Hideo Kojima and movie gods JJ Abrams and Steven Spielberg. Men, older, successful and known, nearly all with gray or salt and pepper hair graced the screen in support of the new gaming console.  Not those f-bombing crazy-haired 20-somethings looking to get more bleeps out than substance. Safe.

The console itself is unremarkable to look at but as always, features matter and this is where dads got excited. The new high def Kinect, which will be included with every Xbox One allows dads to be more lazy by yelling at the TV to change channels while doing more analysis, including heart rate. The biggest feature, which lasted several minutes, was the ability to actively switch from live game to live TV. Name a dad who wouldn’t kill for that. And it will feature a Blu-ray drive.

While the details were thin, there was enough there to build a foundation. Even when the built-in Skype was used to call Xbox Live’s David Jurenka, the goal wasn’t to showcase Mr. Jurenka but to show a feature that dads might use.

As always, EA SPORTS took to the stage with a highly polished video to tout Madden NFL 25, FIFA 14 and UFC games including a video with the Washington Redskins’ RGIII. Nothing controversial. ESPN features were shown so that fantasy football players could get live updates of their fantasy feeds. Again, dad feature.

The equally safe Forza 5 Motorsports showcased a new engine that looked impressive based on the pre-rendered video (despite no dirt being kicked up around the tires during the closeup) and the best example of catering to dad was Remedy’s next game called Quantum Break. The video footage shows a family leaving a house and a dad asking the girl to hurry up. The mother asks her young daughter, “What is it about you that makes you so different?” The girl extends her hand, touches her mother’s neck and shows her a future disaster where a ship crashes into a bridge and the world turns upside down. Total. Dad. Fodder.

Then onto Halo, an older series, one IP that Microsoft owns outright. Its head of entertainment, Nancy Tellem, a former CBS exec, who touted having a part in shows like CSI and Survivor (shows that dads like) announced that Microsoft was creating a new live-action show based on Halo and being created with Steven Spielberg.

And finally, these was Call of Duty: Ghosts. Apart from a new graphical engine that shows soldiers skin tones better than ever before and how the new game would embrace the use of dogs, the one thing that was really missing was a lot of details about multiplayer. Why? Most dads don’t care about multiplayer because we get killed but they love dogs. Meh feature? Yup, for non-dads.

Now, test your friends and see which ones most enjoyed the Xbox One unveiling. I’ll bet you’ll see the trend too. Thanks Microsoft for delivering what we needed. Love, Dads.

How Microsoft Could Win E3 Without Halo