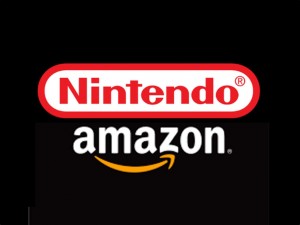 Business owners typically feel pretty good about their sites. They’ve spent the money to develop their site, see that it’s working, view a list of pictures of the executive staff, display current products and services and a way to contact you “for more information.” And without any complaint, those business owners assume that all is well.

I call these graveyard sites because, despite any money used to create them, they serve as a way to tell customers when your business died.  Name, catchy phrase, date born, date died and a mound. Take a moment to look at your site.

When did you last update your site? Are there old products still listed? Have you made announcements that aren’t displayed? Did you move? And, my favorite, is the date on your copyright this year? I term active sites as “gardens” that show that your business is alive, well and ready to work. Which one is your site?

The bad news for graveyard sites is found in the numbers. These sites usually offer a trickle of customers who seek general information about the company, its products, sales and support. Average sites generally have 5-14 pages. Site metrics show a steady monthly number with a few seasonal or holiday dips but generally average views.

So say a small business had a site with 14 pages (a rough average) created and designed for $5,000. Over the course of a year, there were 5,000 visitors who viewed 1 page. Your acquisition cost for the reader would be $1. Sounds ok, right?

This is where content strategy can change things. Say over the course of that year, you launched a blog with four pieces that helped better position your company as an expert. Smaller companies might have quality writers amongst their ranks but hiring an outside content expert is often a better investment because they can investigate what you do, find where you’re not marketing well and offer strategies for better web searches. The better the expert, the higher potential for creating blog posts that will outperform all the other content on the site. Say this costs $1,000.

Your site now has 18 pages with only four blog pieces live. This is where business owners begin to see the value of content.  Reviewing web site performance at the end of the year will reveal several things. First, those four pieces will likely be the most viewed stories on your site. Second, your total pageviews will increase. Third, your pages viewed per session rises.

Now say we go with a fairly conservative 7,500 pageviews per year success. Pages per session increases to two pages and the path that happens is often predictable, old customers still use the site for information (for the most part) but new customers use the blog as a way to enter your site and then click on your contact information. These new readers found you because they were searching for a solution, one that you might know how to fix. With the right information, that reader might buy your product or service. Readers who read more than one page are more likely to contact or remember your company when they need it. So at 7,500 pageviews, your cost per reader goes down to $0.80.  A lower cost for your website cost and you increased your company’s marketability for 20 cents less per reader.

This is simple overview about what content marketing can do for your site that doesn’t take into account the potential for people linking to your posts, commenting on them, sharing those links to broadcast your expertise. With those additions, cost per viewer decreases, knowledge about your expertise is raised and your business will improve.