How to Kindle African Education

Education is just one of the many issues facing the second largest continent, Africa. A lack of public capital for funding free education means that books, writing materials, teaching implements and spaces to teach in means that many children move into adulthood without ever learning to formally read, write, formulate math problems or even learn better work techniques that would help their earning potential to grow.

With over 1 billion people, it’s a place that was long forgotten for its many opportunities. Yet, education hampers the continent’s progress towards forming a self-sustaining plateau, one that would eventually lead to considerable growth.

Rather than stick to the old book and paper model, educating Africa and its 52 nations might be better done by seeking educational innovators who want to create part-time or nearly digital school programs.

One idea might be to use simple cell-network enabled devices like Amazon’s lower-cost Kindle devices to store age or grade appropriate reading materials, develop an SMS-style system to send that student’s progress back to a regional or governmental agency to further develop those systems, and update outdated materials as corrections are made.

Efforts like this have already begun thanks to the tireless work of organizations like Worldreader.org, a group that has partnered with Amazon, country-native publishers and other donors to take Kindles to western Africa. With over 500,000 Kindles pre-loaded with books delivered to students, those students have become positive influencers by sharing their knowledge with their parents, siblings, family and neighbors. Worldreader says that the use of Kindles has the potential to reach 5 times more people. That’s an amazing number considering that potential could be as high as 2.5 million new readers, people powered with more knowledge tend to want to continue to read. Imagine what could be done with 5 million Kindles.

Teachers in those regions would first teach students reading skills and thus, how to enter the digital realm of their education. Those teachers would still be invaluable as the children move to high levels of courses as they progress and seek guidance on what to do next.

Such digital hybrid systems would have to be ruggedized for use with multiple students; power management would need to be done by support personal who would also manage the publications in each device (due to the use of e-ink in many Kindles, battery life can be up to many weeks). Many of those countries, especially those with an abundance of sunshine (especially Ethiopia) could easily go solar and avoid local power grids. Many countries that lack the landline communication infrastructures have erected considerable cell phone networks that would take care of any updates. Such systems might also be used to recover misplaced or stolen devices.

Children who have graduated from their schools might get the option to continue their education through the use of their special login and their mobile phone device. Such continuing education programs might be available for a small fee; graduates might be able to shop around for different educational programs that might fit their special skills, religious views, tribal history or other views. The other butterfly effect of such knowledge will be new authors who may have their own stories to tell and sell to others. Creating readers not only creates smarter and more dynamic people, it also can create smaller homegrown markets for those authors.

Governments might also choose to augment or subsidize those fees for programs that might educate locals on developing new skills roles that are needed regionally. In regions where farming might be difficult, programs for better livestock or crop management might be offered to curb any issues or teaching people about how to fix cars, trucks or other modes of transportation could create a wealth of experts for any burgeoning economy. And that’s just one part of the force that might help move many African countries from seeking charity and start creating more entrepreneurs.

As I’ll be visiting a few schools in Ethiopia in a few weeks, I’ll revisit the digital solution to education soon and weigh several of the realities against the idea.

How to Retool Microsoft’s Entertainment and Devices Group 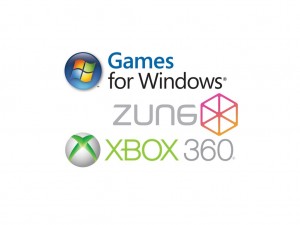 The departure of two key members of Microsoft’s Entertainment and Devices group comes as a shock to those in the know. Robbie Bach, head of the group and its Chief Experience Officer J Allard are leaving the massive software giant (Business Insider). The Microsoft spin is that Bach is retiring and Allard himself says that he’s going to swap the 95% of his Microsoft life in for 95% of his personal life. Yet, when you look at the group’s successes, the list comes up short with only one success – Xbox 360. The list of failures is far longer by avoiding a full-on recall with Xbox 360s (due to a design/manufacturing flaw), Windows Mobile, Zune and the recently ditched dual touch screen Courier device.

Microsoft needs to come back. Here’s what it should do to start:

1)      Release a handheld gaming device that isn’t named Zune. As the iPhone proved, there can be more than one dominant player in the handheld market. Release a device with the same power as an iPhone but with a 3D graphics chip that makes games look Xbox 360 hot. Of course, make the device compatible with Xbox 360, Natal and add in major benefits for those who own both (faster leveling up for characters, special unlocks, etc. to start).

2)      Make DirectX open. While Microsoft’s gaming API really is a great piece of work, it only works on Windows machines, the newest version only works in Vista/7 and an older variant works on Xbox 360. And that’s the issue. Make it open and see if someone can port the API to Linux, Apple and Android machines. Of course, controlling the purchasing methods and security here would be key for Microsoft’s revenue stream but making sales on volume is better than building higher walls around the walled garden.

3)      Kill Games for Windows because it never worked. Seriously, it was a confusing marketing term that never caught on. Kill it and be better for it.

4)      Work with a TV manufacturer to create touchscreen TVs. I’ve played with Microsoft’s Surface concept and it really is amazing when you play. Now they need to get it out of the museum and into classrooms and homes.

5)      Buy TiVo. I love TiVo for their nice interface and so many other things that no other DVR UI has. Yet, TiVo lovers aren’t so hot for the new TiVo Premiere boxes which feel like more upsell than functionality. Microsoft includes TiVo-like software on nearly Windows machine, software that actually is good and it plays well with both my PS3 and Xbox 360. Of course, Microsoft needs to give TiVo some autonomy to create new upgrades. With Microsoft’s marketing muscle, and the option of releasing a TiVo/Xbox 360 hybrid, would be a worthy merger.

6)      Kill Windows Mobile. Seriously. I only have a single friend who uses Windows Mobile and he loves it. Interestingly, he works with Microsoft.

7)      Give away a million Xbox 360x units. The old box is flawed and many of my friends are on their 5th refurbished Xbox 360 after hitting the Red Ring of death. Solution: Come up with a better design, shrink the size down and give out a million of those to players who have had countless issue. Costly, yes. But it’s a great way to sow the seeds of respect and Microsoft’s gaming future.

8)      Make Zune the new Windows Mobile, cut the licensing rates and go more in the way of Kin. I like the Kin concept but it’s a bit weak out of the gate. Still, it’s more consumer focused than MS has been in years past so I think that there’s a great growth opportunity here.

9)      Invest heavily in the upcoming Cloud Gaming industry. Ideas like Gaikai and OnLine are also slow out of the game but investing now in a disc-less, online gaming future may come from one of these companies. Plus, publishers would love it if all those used games were out of play.