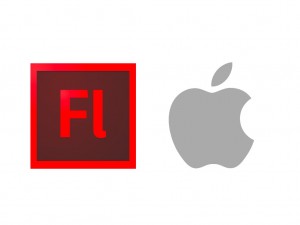 In the past few weeks, the bitter war over enabling Flash on the iPhone, iPod and iPad hit an impasse as Apple CEO Steve Jobs (http://www.apple.com/hotnews/thoughts-on-flash/) publically roasted Adobe’s Flash as insecure, a battery hog, for not being an open standard (Apple is notoriously proprietary) and soon replaced by newer functions in HTML 5 (or the company’s “Gianduia” technology).

Rather than continue the public rhetoric around the viability or potential of Flash on Apple’s touch products, Adobe launched a new ad campaign that purports the company’s view of Apple, of HTML 5 and boils down the whole issue into a near-political debate around the freedom for developers to choose which medium to create their digital art in. We found that ad on Engadget.com today that linked out to a page on the Adobe site (http://www.adobe.com/choice/?sdid=GXRUX) that briefly talks about the company’s position.

Will it end the war? Probably not. Yet, Apple has played this type of strategy before. When record companies supported, and then publicly denounced the use of Apple’s FairPlay encryption technology for DRM (digital rights management), the record execs did the unfathomable thing… they decided to support DRM-free music. Might this be Apple’s way of wearing down Adobe execs and making Flash a truly open standard?