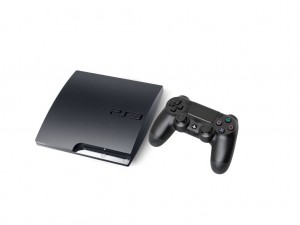 In the upcoming PS4 vs. Xbox One console war, many gamers haven’t decided which console they will buy.  And the group of gamers that decided on one console have shifted a few times as more information about each platform comes to light (based on conversations that I’ve had with industry friends). Powered by powerful yet similar platforms, their final decision will come down to the games, not the hardware.

Yet there’s a hidden opportunity to sell hardware here. Making the PlayStation 4’s new DualShock 4 controllers compatible with PlayStation 3. Both use Bluetooth and reviewers have already shown that the DualShock 4 controller does work with PS3 but not wirelessly. In retrospect, adding Bluetooth functionality to the PS3 was a brilliant idea, one that Sony can capitalize on.

Sony’s decision to enable a DualShock 4 on a PS3 would be a software and administrative debate. A basic set of drivers, delivered to PS3 owners before the PS4 launch would allow gamers to start getting used to the new controller. It helps PS3 owners refresh their existing machine. Those drivers might not make features like the Share, Touchpad, Lightbar or headset jack work (although the last would be greatly appreciated) but new is always a desire, especially if a gamer can’t afford the new PS4 yet.

Then my marketing side asks, “Why would Sony do this?”

Next, it’s about the long tail. If I buy a DualShock 4 controller today, I’m more likely to buy a PlayStation 4 tomorrow as my hands get accustomed to the new design and my technophile brain asks, “I wonder what these non-functional buttons do.” Plus, I (as a cheap gamer) want to get more for my $59.99 DualShock 4 investment.
The Plan

On PlayStation 4’s launch day, Sony could cause a riot by dropping the price of DualShock 3 controllers by $10 to $49.99 and announce that the DualShock 4 is compatible with PS3. This will get PS3 fans to go to retail and get a new controller on launch day (hint, hint: when Sony would have the most marketing behind the PS4). A percentile of controller purchasers would also buy a new PS4 in the first few weeks anyways but for those on the fence, this would be a good long tail strategy for giving gamers a taste of PS4 via their PS3 and seeding a future console purchase near the holidays.